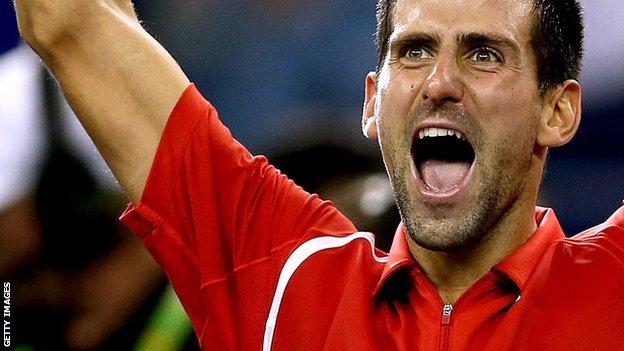 Novak Djokovic is guaranteed to overtake Roger Federer in the rankings and finish 2012 as world number one.

The Serb lost his top ranking to Federer after the 31-year-old Swiss player won Wimbledon.

But Federer will not defend his Paris Masters title, after which Djokovic will return to number one.

His absence means Djokovic will take an unassailable rankings lead ahead of the season-ending ATP World Tour Finals on 5 November.

The 25-year-old will be the first player to top the men's singles rankings at the end of consecutive seasons since Federer did it from 2004 to 2007.

Djokovic won three Grand Slam titles in 2011 and began the year by retaining his Australian Open crown in January.

He lost the French Open final to Rafael Nadal, reached the semi-finals at Wimbledon and was beaten by Briton Andy Murray in the US Open final.

Djokovic has spent 53 weeks as world number one. Seven-time Wimbledon champion Federer holds the record of 301 weeks at the top, having surpassed Pete Sampras' previous best of 286 in July.