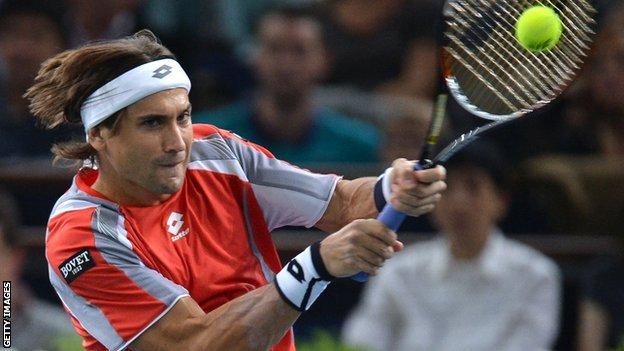 The Spaniard required just 80 minutes to set up a last-four tie against unseeded Frenchman Michael Llodra.

Poland's Jerzy Janowicz, who will face Frenchman Gilles Simon in the other semi-final.

Britain's Jonathan Marray and partner Paul Hanley advanced to the the semi-finals of the men's doubles.

Simon reached the last four of the singles for the first time despite a second set comeback from fifth seeded Czech Tomas Berdych, the Frenchman winning 6-4 6-4.

"Until today, I always played awfully bad when I came here, so I'm trying to enjoy this year in Paris," said Simon.

Janowicz was leading 3-6 6-1 4-1 against eighth seed Janko Tipsarevic when the Serb was forced to retire through illness.

"It's really not easy for me to realise what is going on in my life right now," said qualifier Janowicz, who started the season ranked 221 in the world.

"Right now I'm playing the best tennis of my life."