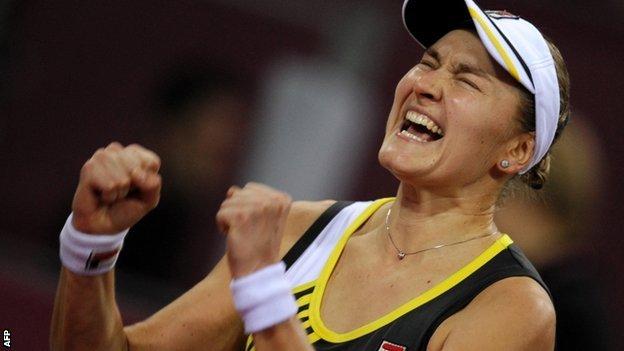 The event in Bulgaria featured the six highest-ranked players who have won a title during the season but did not qualify for last week's WTA Championships, plus two wildcards.

"We've been through ups and downs this season. But what a great finish!"

Petrova arrived in Sofia from the WTA Championships in Istanbul, where she won the doubles title together with fellow Russian Maria Kirilenko.

"It's a great way to finish the season with a title in doubles and today in singles so now I'm just looking forward to a rest and getting strong and healthy for next year," Petrova said.

Petrova started well, breaking Wozniacki in her first service game and was solid throughout the set.

The Dane lost her serve again at the start of the second set and Petrova soon wrapped up the victory to secure 12th place in the end-of-year rankings, two places below Wozniacki.