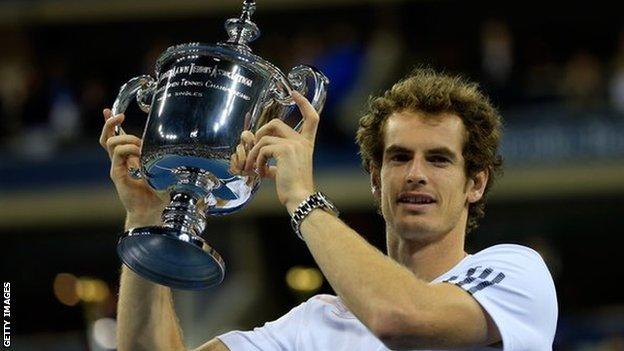 Murray's head was spinning in the corridors of Flushing Meadows last night.

Every now and then he would smile, keen to confirm this was, indeed, the best moment of his life, but otherwise this was the classic case of the man needing time for it to sink in.

He munched on a salad and took a call from home. Coach Ivan Lendl hugged him, shared a quiet word and then walked off. "Well done Ivan," I called out. "He won it, not me" was the response, with a smile.

Earlier, champagne had been cracked in the locker room and sprayed over the teetotaller. Murray, who famously hasn't drunk since a messy night in Barcelona as a teen, was set to break the habit of his adult life last night.

And how he deserved the celebration.

This was an incredible performance over almost five hours against a fearsome opponent. He saved his best match for last, his best set for the decider and, as Lendl had requested, he won the final point - the only point which interests the three-time US Open champion.

The contest, played in unpredictably blustery winds, turned into a frightening test of will and mental strength.

Murray had been struck by self-doubt in the hour before the match, lonely in the locker room. And so he faced up to the challenge of beating those demons, the past losses and the small matter of one of the best players in the world.

The first set lasted almost a hour and a half. The second he led by a double break, only to see the lead fritter away. He still managed to edge it.

With the iron man resurgent on the other side of the net, Murray was in grave danger of slipping to a fifth final defeat, one which would desperately hurt. That was the logical thought after four hours of magnificent but energy-sapping tennis.

But Murray sprinted out for the start of the fifth and, defending heroically in the corners, Djokovic style, he took control. A few early "come ons" and some great interaction with the boisterous New York crowd certainly helped and, as he pulled clear, reality dawned that this would be the night.

The night when Murray came good on his early promise. The night the challenger became the champion.

He has just beaten the best two players in the world: Federer in straight sets at the Olympics and Djokovic over five at the US Open. He can now move on, relax, and shoot for more Slams and that world number one position. Both are attainable on this evidence.

And so the curtain can finally be drawn on this incredible sporting summer of 2012.

It really shouldn't have been this good. After all, it started with a hosepipe ban, ended with the wettest summer on record and featured a double dip recession plus a penalty shoot out defeat.

But then came Wiggo and Weir, Jess, Mo and Greg, the rowers, the cyclists, the gamesmakers, Ellie Simmonds and lots of Clare Balding.

Yet we still weren't satisfied! How could this amazing season end with Coldplay's greatest hits?

Autumn, you've got a tough act to follow. Andy Murray has just capped the greatest summer.