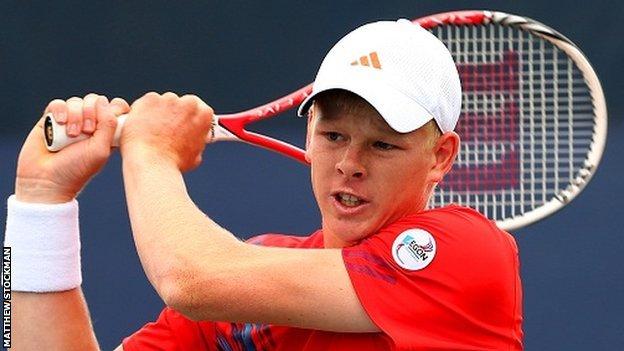 Teenage tennis prospect Kyle Edmund said being named among the finalists for the BBC Junior Sports Personality of the Year award has capped "an unbelievable year".

If he makes the final three, Edmund, from Tickton near Beverley, intends to fly back from pre-season training in Spain for the ceremony.

"When I saw the list of previous winners I realised how prestigious the award is," he said.

Wayne Rooney, Tom Daley and Andy Murray are among the stars to have won the award in the past.

In October, he claimed the men's title at USA F29 Futures tournament in Birmingham, Alabama.

Earlier in the year he enjoyed a superb victory over 12th seed Daniel Gimeno-Traver in the first round of Wimbledon qualifying.

The JSPOTY ceremony takes place in London on 16 December.