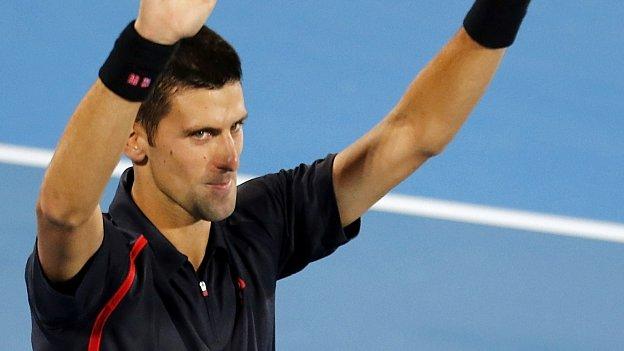 All four players will compete in the Australian Open which gets under way in Melbourne on 14 January, with Serbia's Djokovic the defending champion.

Djokovic beat world number five Ferrer in straight sets to book his place in the final, while Almagro, a late replacement for the injured Rafael Nadal, fought back from a set down to beat Janko Tipsarevic.

"It was a fantastic experience again for me coming to Abu Dhabi. This is a very nice tournament, you always get great matches, very tough matches against top opponents, and great attendance also," said Djokovic.