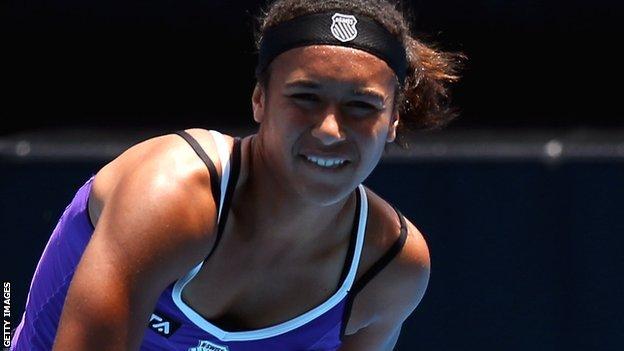 British number one Heather Watson beat fifth seed Sorana Cirstea of Romania to advance to the second round of the ASB Classic in Auckland.

Meanwhile, British number two Laura Robson lost 6-2 6-3 to Romania's Monica Niculescu in the second round of the Shenzhen Open in China.

Robson, the world number 53, will now prepare for the Australian Open, which starts on 14 January.