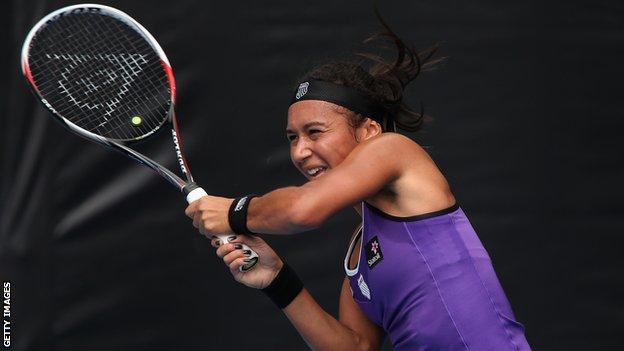 Heather Watson lost to Kiki Bertens of the Netherlands in the second round of the ASB Classic in Auckland.

Watson, 20, had overcome fifth seed Sorana Cirstea in the first round but converted five of 12 break-point chances against Bertens.

The Guernsey player also struggled on second serve, winning only four points in the first and third sets combined.

Watson will remain in Auckland as she and partner Marina Erakovic are into the quarter-finals of the doubles.

She will then head to Hobart for her final tournament ahead of the Australian Open, which starts on 14 January.