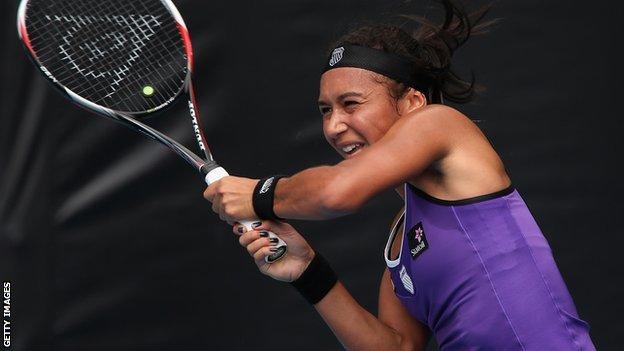 Heather Watson has withdrawn from the Moorilla Hobart International, just over a week before the Australian Open.

The British number one suffered an elbow problem in Wednesday's defeat by Kiki Bertens in the second round of the ASB Classic in Auckland.

Watson, 20, tweeted: "I injured my elbow in my singles match, I have to withdraw from Hobart. Doing everything I can to get healthy."

The Australian Open, the first Grand Slam of the year, begins on 14 January.

The Briton played doubles in Auckland on Wednesday after her singles defeat but was beaten by Zimbabwe's Cara Black and Australia's Anastasia Rodionova alongside New Zealand's Marina Erakovic.

The Guernsey-born player became the first British woman to win a WTA singles title in 25 years when she won the Japan Open in October.