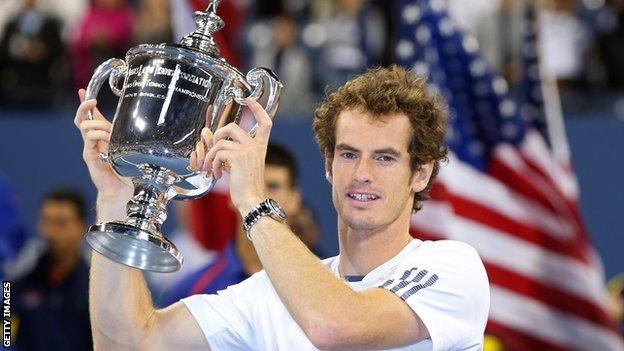 The only thing harder to do than win a Grand Slam final over five sets and six hours is write an end-of-season review which covers everything and pleases everyone, so I won't even try.

The memory is going anyway (as you would expect from someone who turned 40 during the season) but more significantly, the sheer quantity of memorable moments from a scarcely believable 2012 makes any selection impossible.

Instead, here are some recollections of the images which have stayed with me from the season just gone. The shots, scenes, snapshots and flashbacks which have set down roots in that more-than-middle-aged memory bank.

I'm not saying these are the best moments of 2012, it's just a random selection of stuff to illustrate what an amazing privilege it has been to be on the tour for the past 12 months. And while we're at it, thanks for all your comments and criticisms over the year. This is always one of the liveliest debates on BBC Sport and it's thanks to you.

In the festive season we love one-hit-wonders, especially when their big hit was as entertaining as Lukas Rosol's. The big-hitting Czech won fewer than 10 matches on the main tour after Wimbledon, but what a star he was that night on Centre Court in the summer.

In the fifth set against Rafael Nadal, Rosol tore into the Spaniard with a ferocious, all-out attack rarely seen from the jobbing pros against the superstars.

Serving out the match with three aces and a forehand winner meant he hit only five shots to win the game, seal the match and, although few suspected it at the time, end Nadal's season. Come see us again sometime, Lukas.

Nadal, who won a record-breaking seventh French Open back in June, was also on the receiving end at the start of the year in Melbourne.

Novak Djokovic, having come through an almost five-hour semi-final with Andy Murray two nights previously, was into the sixth hour of his final with the Spaniard. The first point of the ninth game, won by Nadal, lasted 31 shots and, afflicted by sheer exhaustion, Djokovic fell to the ground, surely beaten. One blow too many, it seemed.

However, sport's ultimate comeback move is the recovery from a knockdown. It's the clash of the literal and the metaphorical as someone picks himself up from the floor to win. 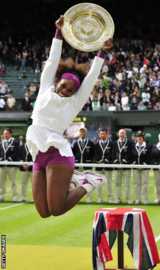 Serena is the player of the year for me

Djokovic, ever the showman, did just that and it was extraordinary. 11 hours of victorious tennis against Murray and Nadal over a 54-hour period? Arguably the greatest achievement of the year.

Or does that go to Maria Sharapova for completing the career Grand Slam at Roland Garros, the Grand Slam few expected her to ever win, or to Serena Williams for her amazing summer triple crown of Wimbledon, the Olympics and the US Open?

Serena is the player of the year for me. Untouchable for the second half of the year, she claimed the WTA Championships in Istanbul to complete a 31st victory from 32 matches.

My main memory is from the Olympic Games when her two main rivals during the season, Sharapova and Victoria Azarenka, were pulverised in the final two rounds for the collective loss of three games. Surely the most devastating title surge of the year.

While we're on the Olympics, I loved Julien Benneteau's reaction to winning (inconsequential?) bronze in the men's doubles with Richard Gasquet. His joyous celebration encapsulated the passion and privilege of winning at the Olympic Games. Tsonga-Raonic was epic and and Federer-Del Potro simply brilliant. That bonus week of Wimbledon-Not-Wimbledon served up some of the finest play of the year.

Raonic will again be one to watch for 2013 while, on the women's side, how refreshing to hear the world talking about two British newcomers. Laura Robson and Heather Watson, after their international breakthrough years, will surely only improve next season.

Robson's back-to-back defeats of Kim Clijsters and Li Na was a clear illustration of her improvement and further potential while Watson's Japan Open title was a first for a British woman on the singles tour in 24 years. Stay fit, ladies, and 2013 will hold great things!

And so the talk of British success leads us - with an honourable mention to Jonny Marray for his amazing an unexpected, yet fully deserved, Wimbledon doubles title with Freddie Nielsen - to that hazy, hedonistic September night in New York City.

On the night we thought we'd never witness, the night 76-year references were wiped away, the night one man's lifelong dream came to fruition, the image which sticks with me is the scene as Andy Murray moved to Championship point, 40-0, in the US Open final.

Serving for a first Grand Slam championship, 5-2 in the fifth set, reality finally dawned on everyone watching inside the cavernous Arthur Ashe stadium. I can safely say - and I won't be alone - that was the first time I truly believed he was going to do it. Not because I doubted him, but because I feared Djokovic even from a double break down.

At that moment, as we conveyed the drama back to people's bedroom radios at 0155 GMT in the UK, spectators rose up onto their feet in a ripple effect through the tiers. We're in the back row of the stadium at Flushing Meadows and the sight before us was truly spine-tingling.

Despite the triple glazing, we could hear the noise vibrating through and I remember saying "they may as well stay standing". Much to my amazement, they did. Djokovic saved the first match point but fans, sensing the history, were still on their feet as he struck his return long on the second.

The ultimate image from a year to savour was big, brash America rising to acknowledge not their anthem, nor their President, but a shy kid from a small town in Scotland winning their famous old United States Tennis Championship. What an effort it was, what memories he has given us. If 2013 is half as good we'll be fortunate.