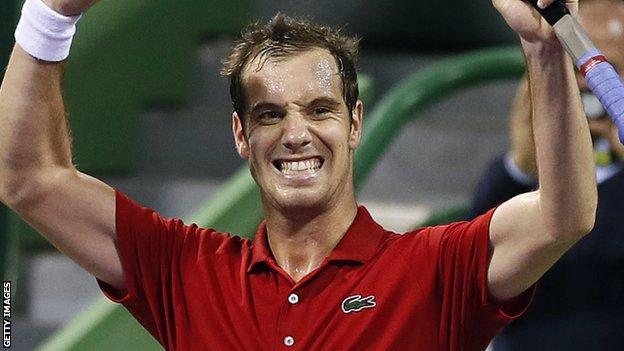 Davydenko, who beat top seed David Ferrer in the semi-finals, broke Gasquet in the first game.

World number 44 Davydenko then saved three break points early in the second set and broke to lead 3-2 before the second seed found his rhythm.

He eventually levelled things up and then broke the Russian three times in the final set to seal victory.

Davydenko, who struggled with injuries last season, was forced to take an injury time out in the third set for treatment on a hip problem.

The tournament win, in Doha, was the eighth of Gasquet's career.