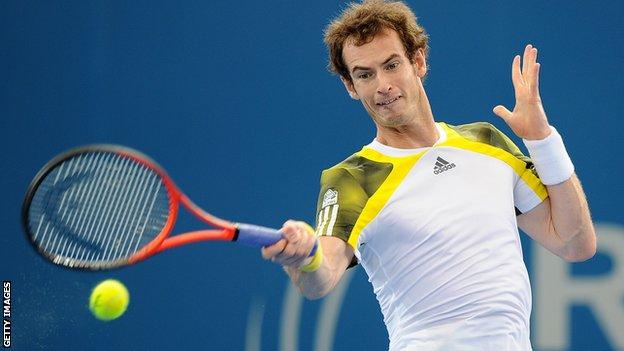 Andy Murray has been confirmed as the third seed for the Australian Open.

The British number one, who won his maiden grand slam at last year's US Open, is looking to win in Melbourne for the first time after finishing runner-up in 2010 and 2011.

Top seed in the men's draw is world number one and reigning champion Novak Djokovic, with Roger Federer second.

Rafa Nadal, the world number four, pulled out of the tournament last week through illness.

Murray warmed up for the tournament by defending his Brisbane International title with a win over Grigor Dimitrov on Sunday.

It was the 25th career title for Murray, who lost a five-set semi-final against Djokovic in Melbourne last year.