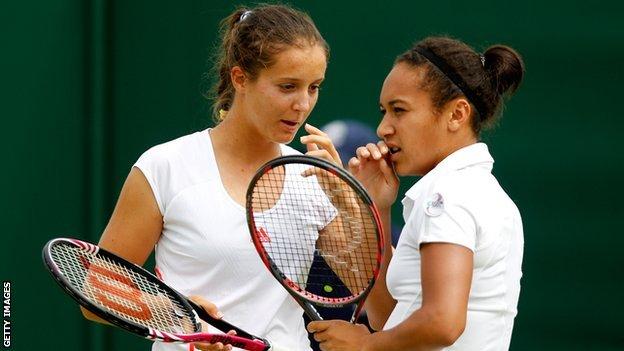 Heather Watson, Laura Robson, Anne Keothavong and Johanna Konta will represent Great Britain in the Europe/Africa Zone Group I section of the Fed Cup in Israel.

The event takes place between 6-9 February on the hard-courts of Eilat.

Elena Baltacha, who is currently recovering from a foot injury, will be a non-playing member of the team.

The Judy Murray-led Great Britain side made the World Group II play-off last season before losing to Sweden.

Watson and Robson have recently become the first two British women to be ranked in the top 50 in the world at the same time for more than 25 years.

Baltacha is expected to return to a playing role when she has fully recovered from her injury.

"Last year's Fed Cup was a great experience for all of us and we came close to securing a place in the World Group for the first time since 1995," said Murray, mother of British men's number one Andy.

"Heather and Laura have pushed themselves up into the top 50 in the WTA rankings this year and they will have a wonderfully experienced back-up in Anne and Elena who have 22 Fed Cups between them.

"We have a great squad and we will be aiming to put ourselves in World Group contention once again."