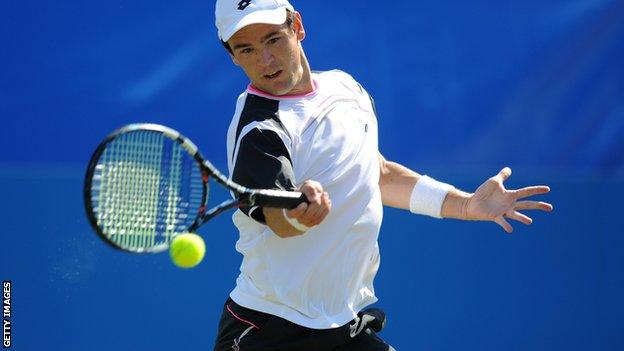 British players enjoyed a successful start to the Australian Open as Jamie Baker and James Ward won their opening matches in qualifying.

Three wins are required to make the singles main draw at Melbourne Park.

The women's qualifiers begin on Thursday, with Anne Keothavong and Johanna Konta in action for Britain.

Konta plays Anastasija Sevastova of Latvia in the opening match on Court 14 at 00:00 GMT, while 22nd seed Keothavong takes on American Grace Min in the second match on Court Five.

They will hope for similar conditions to those enjoyed by the men on Wednesday, with Melbourne avoiding the kind of stifling heat experienced elsewhere in Australia during the last few days.

Baker was watched by a large British contingent on Court 14 that included his good friend Andy Murray, and he saw off Campozano in straight sets.

"I started out pretty well but then I got a little bit tight into the middle of the second set," Baker told BBC Sport. "I've known him since he has a junior; he always fights hard and it became a bit of a dogfight, but it's good to get through.

Asked about the support he received, Baker added: "It's good down here isn't it? A lot of British people, and it got quite loud towards the end, and it always helps, you don't expect it.

"Andy popped in. He actually checked to see if I was alright about him coming out - he could be a bit of a tough critic!"

Ward, ranked one place below Baker at 247 in the world, is looking to emulate last year's effort when he came through qualifying, and he made a solid start.

Pashanski might be ranked considerably higher at 172 but the Serb was second best throughout their match, losing his cool several times as line calls went against him.