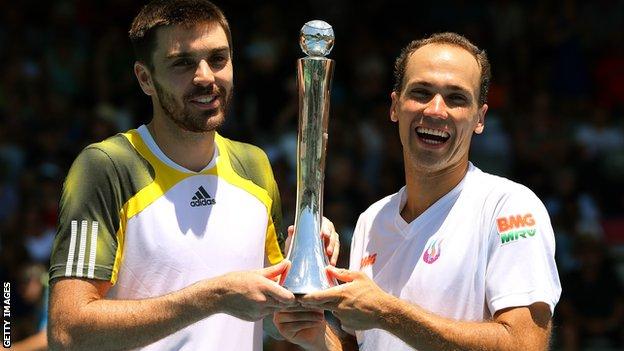 Fleming's regular partner Ross Hutchins is undergoing treatment for Hodgkin's Lymphoma in London but aims to be playing again later this year.

Fleming and Soares, who were number one seeds on their team debut, overcame early break deficits in each set and had two match points at 5-4 in the second on Brunstrom's serve, before the Swede and his Danish partner took the game into another tie breaker.

However, Fleming and Soares dominated just like they did in the first tie breaker to take the title.