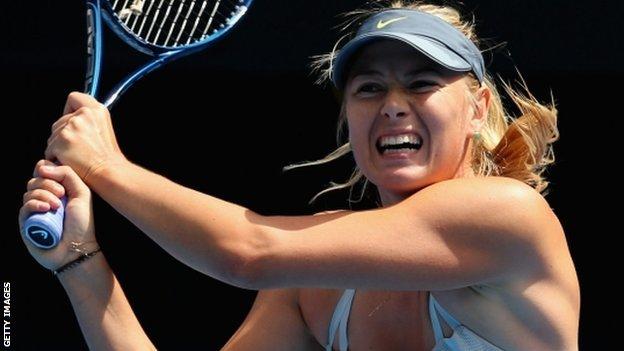 Novak Djokovic, Maria Sharapova and Venus Williams are among the big names to have won on day one of the Australian Open, while Britain's Heather Watson also booked her place in the second round.

Match of the Day

"Heather Watson admitted that her dramatic three-set win over Alexandra Cadantu hinged on the medical time-out that changed things in her favour. 'At the beginning I definitely wasn't there,' said Watson. 'I wasn't playing well; I didn't have much energy today. I don't know what it was. I think I'm going to see the doctor. When I started cramping, I had to start hitting the ball because I couldn't move. I'm kind of thankful that I did cramp today, otherwise I don't know how that would have ended up. I think the break did help me. It gave me time to eat, get some fuel in me and just get recharged.'"

Sharapova, in her first competitive match of 2013, showed no signs of rustiness by brushing aside her Russian countrywoman in 55 minutes. The French Open champion and last year's Australian Open runner-up missed the warm-up event in Brisbane after suffering a collarbone injury shortly before Christmas.

"I didn't want to focus on the fact I hadn't played a lot of matches, I just wanted to focus on what was ahead of me and really concentrate and be aggressive," said the 2008 champion.

Stosur, the 2011 US Open champion, has only managed to reach the fourth round of her home Grand Slam twice in 10 appearances and struggled to assert herself in the first set before securing victory. The 28-year-old broke a run of five consecutive losses on home soil, including a first-round exit at the Australian Open in 2012.

"I desperately wanted to win out there today, but didn't necessarily feel it any more than my first rounds in Grand Slams," she said. "From here hopefully I can loosen up a little bit and keep playing better and better."

Djokovic's bid to make history at the Australian Open started impressively as the world number one swept aside the challenge of Mathieu. Djokovic is hoping to become the first man in the Open era to win three successive titles in Melbourne and looked in good form from the outset with an entertaining 6-2 6-4 7-5 win.

"It's great to be back in Melbourne, this is by far my most successful court in my Grand Slam career," said the three-time champion. "Twelve months ago I played a six-hour final here so it's amazing to be back."

Hewitt, unseeded but playing in a record 17th consecutive Australian Open, was knocked out by Serbian eighth seed Janko Tipsarevic after three hours of high-class tennis.

"Against quality players, you've got to take your chances, but to his credit Janko raised his level and played some great points," said Hewitt. 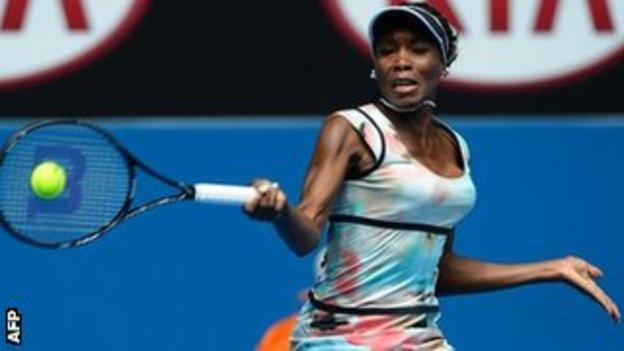 Williams took the first step towards a potential third-round clash with Maria Sharapova by thrashing Voskoboeva. The 32-year-old Williams, who won her first tournament in almost three years in Luxembourg last October after battling injuries and illness, was too powerful for the 28-year-old.

"It's nice to spend less time on court and not be in long sets," said the American. "A win is a win no matter what it is, but it's nice when it's more routine."

Radwanska, the winner of the warm-up events in Auckland and Sydney, looked in danger of dropping her first set of 2013 when Australian wildcard Bobusic served for the opener at 5-4 but the Pole upped her level and rattled off the next nine games to go through.

Poland's Jerzy Janowicz hit the fastest serve of day one at 141.7mph (228kph)