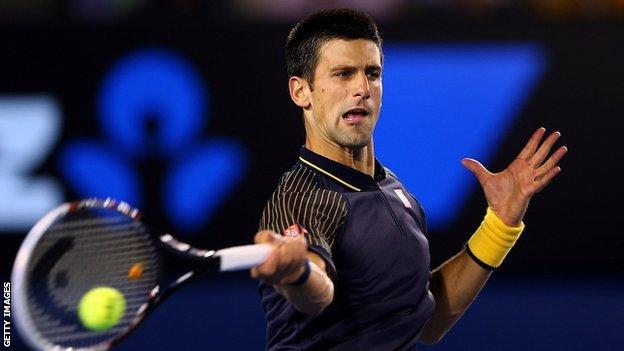 Novak Djokovic, Venus Williams, Maria Sharapova and David Ferrer all enjoyed victories on day three of the Australian Open at Melbourne Park, while Britain's Heather Watson has secured her place in the third round with a remarkable victory.

The world number one, seeking to become the first man in the Open era to win three successive Melbourne titles, triumphed in 90 minutes to set up a third-round clash with Radek Stepanek, a straight-sets winner over Feliciano Lopez of Spain.

"I tried to focus from the start," said Djokovic. "But he had nothing to lose and came out and hit some big serves. I managed to get some important breaks at the start of the match and then I was a set up after 20 minutes and had the mental advantage."

Veteran American Venus Williams was rarely troubled as she eased past Alize Cornet of France to set up a mouth-watering third-round clash with Maria Sharapova, the Russian second seed.

Williams, seeded 25 after fighting back from illness and injury, said: "I will need to bring my best game against her. It's about bringing the best game and winning under any circumstances." 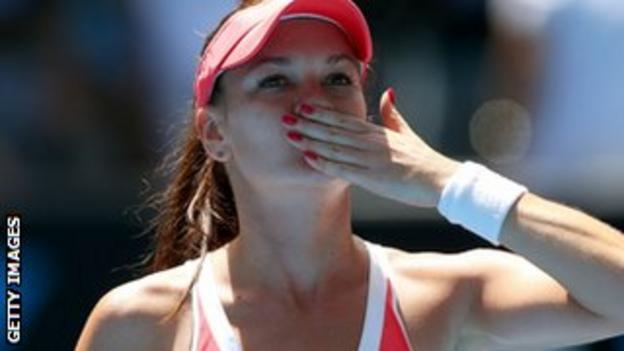 Radwanska secured her 11th straight win of the year to reach the third round, where she will meet Watson. The Pole won warm-up events in Auckland and Sydney and has carried her impressive form into Melbourne.

"I'm definitely happy I can play my best tennis at the beginning of the year, which is always tough after a few weeks just practising," she said.

"I didn't really expect that I could win this many matches in a year. Hopefully I can keep it going."

Home favourite Stosur served for the match at 5-2 in the final set but could not finish Zheng off. The Chinese player clawed her way back and won five successive games to clinch a place in the third round against Julia Goerges.

Stosur, who lost to Zheng in the first round at Sydney last week, handed victory to her Chinese opponent when she double-faulted on match point. Stosur has never advanced past the fourth round at Melbourne Park.

"At 5-2, I felt great," she said. "Then all of a sudden it obviously went away quite quickly.

"Crazy things start popping into your head. You make an error and you tighten up a little bit, but you try to reset and refocus before that next point.

Asked if she had choked, Stosur added: "At 5-2 up in the third, double break, it probably is a bit of a choke, yeah."

Second seed Sharapova opened her campaign on Monday with the same scoreline against fellow Russian Olga Puchkova and completed 92nd-ranked Doi's humiliation in 47 minutes. Sharapova will next play Venus Williams as she bids for a fifth Grand Slam title and second at Melbourne Park.

The former French Open champion was put through her paces before clinching a straight-sets victory in 82 minutes.

Ferrer needed five match points before seeing off the threat of the 125th-ranked American. It was the Spaniard's ninth win in 10 matches this year after reaching the semi-finals at Doha and successfully defending his title at Auckland last week.

Heather Watson fought back from three match points down to beat Ksenia Pervak and reach the third round of the Australian Open. 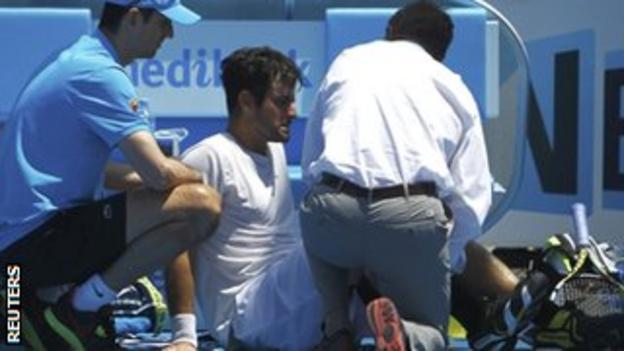 American Brian Baker's hopes of a fairytale run were dashed when he was forced to retire from his second-round match with a knee injury.

The 27-year-old, who returned last year after seven years off the professional circuit, had won the first set against compatriot Sam Querrey in a tie-break and was level at 1-1 in the second with the 20th seed when he suffered the injury.

"He's the last person that deserves anything like that with his five or six surgeries already," said Querrey. "He does everything right, treats his body great, just trying to come back, and then something like that happens, it's just so unlucky."

Poland's Jerzy Janowicz has the fastest serve of the tournament so far at 141.7mph (228kph) in round one, as well as the most winners in the first three days - 122.