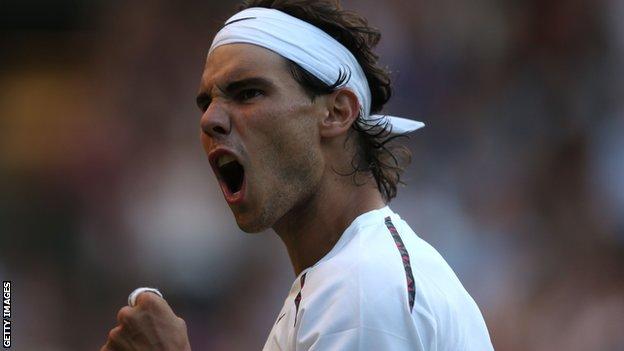 Former world number one Rafael Nadal will make his comeback from injury at next month's Brazil Open, the ATP says.

Seven-time French Open champion Nadal, 26, has suffered from tendonitis in his knee since losing to Lukas Rosol in the second round of Wimbledon in June.

He was forced to withdraw from the Australian Open after his recovery was hit by a stomach virus.

Nadal also missed the London 2012 Olympics and the US Open with his knee complaint.

The Spaniard has slipped to four in the world rankings during his absence from the Tour. Britain's Andy Murray won the US Open in September and has moved up to number three.

Nadal's appearance in the indoor tournament in Sao Paulo will be his first on the tour in South America since 2005.

The tournament begins on 11 February.