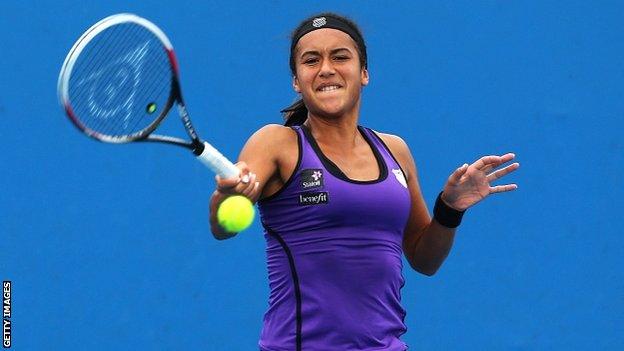 The 20-year-old, who also won the award in 2009, was rewarded for a year which saw her break into the world top 50, play at the London Olympics and

Guernsey Rugby Club were named Team of the Year after gaining promotion to National Three London, while netball coach Gill Queripel was recognised for her years of service to the sport on the island.

"It was surprising, I didn't think I'd get it, but it's very nice," Queripel told BBC Guernsey.

"I picked this up for all coaches both in netball and all sports.

"I've had some really good years out of netball and coaching was my way of putting it back."