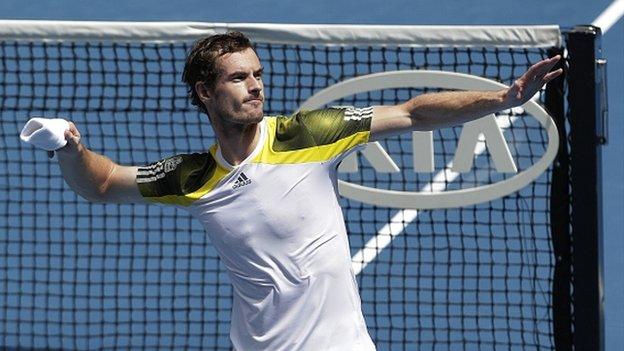 Britain's Andy Murray and Laura Robson will battle for places in the last 16 at the Australian Open on Saturday.

Murray continues his bid for a second Grand Slam title against Ricardis Berankis in the third match on Rod Laver Arena at approximately 03:00 GMT.

Robson attempts to reach the fourth round at a major for the second time against Sloane Stephens on Court Two at around 04:00 GMT.

It would be the second Slam in succession that both Murray and Robson have made it that far, with Murray going on to win the title at the US Open in September.

He has high hopes of becoming the first man since the Open era began in 1968 to follow up his first Grand Slam victory by winning the next.

The 22-year-old Berankis, the world number 110, should not present a major obstacle but is on the way back to form after a serious groin injury.

He came through qualifying and has won five matches in Melbourne, including an impressive straight-sets win over 25th seed Florian Mayer in round two.

"He is not that tall and he hits the ball pretty big from the back of the court," said Murray, who practises regularly with Berankis and described him as "a really nice guy".

"He plays aggressive. He's a very flat hitter of the ball. Yeah, he's obviously playing well to beat a guy like Mayer that comfortably. It was a very good win."

Berankis was a leading light of the Lithuania team that humiliated Great Britain in the Davis Cup in Vilnius three years ago, but Murray was absent that day.

However, a recent hit together in Brisbane means Berankis will not be overawed by the world number three. 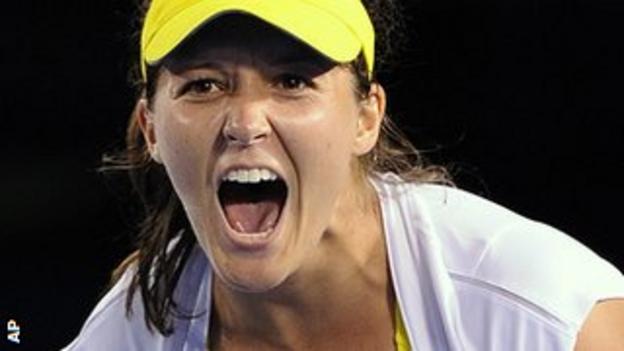 "I feel quite calm, it's not going to be a big surprise to see Andy Murray on the other side of the net," he said. "I'm feeling confident at the moment, that's for sure."

Robson and Stephens met for the first time in a WTA match in blisteringly hot conditions in Hobart earlier this month, with the American winning in two tight sets.

The pair have known each other for many years, though, with the American 10 months older than Robson, who turns 19 on Monday.

"I've known Laura since I was, like, 12," said 29th seed Stephens, who is likely to move inside the world's top 20 after the tournament.

"My mum and Laura's mum are really good friends, we went to the same academy for a while. I think she's come along great, she's a really great player.

"We practised together before, we played each other last week. We have a pretty good relationship and when I see her it's always good stuff."

Robson, ranked 53rd, was on court until the early hours of Thursday as she saw off eighth seed Petra Kvitova in an epic win.

"She beat me last week in Hobart, and it was a pretty close match, but I definitely feel like I could play a lot better than I did last week," said Robson.

"It's going to be really tough, for sure. She's in good form at the moment. She's a good mover, good ball striker."