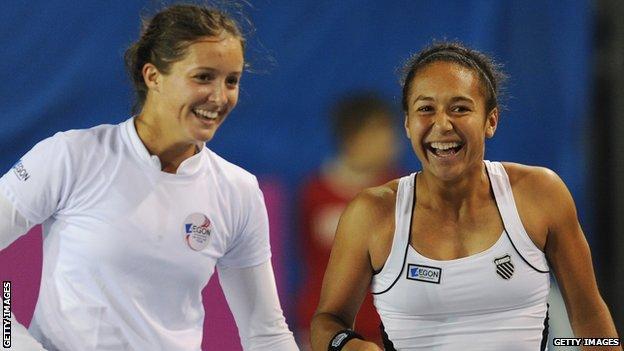 British pair Heather Watson and Laura Robson have been rewarded for reaching the third round of the Australian Open with new career-high rankings.

The duo both rose 10 places courtesy of their fine performances in Melbourne, with Watson climbing to 40th and Robson three places behind.

In January they became the first pair of GB women to be ranked in the top 50 at the same time for 26 years.

But Murray remains more than 1,000 points behind number two Roger Federer while the Scot needs to make up nearly 4,500 points on his Melbourne conqueror Novak Djokovic if he is to achieve his aim of topping the rankings.

Murray's countryman Jamie Baker has been rewarded for his success in qualifying for the main draw at the Australian Open by climbing 39 places to 207th, making him the clear British number two.

On Tuesday Watson continued her good form, progressing to the second round of the Pattaya Open in Thailand.

Watson, who is seeded eighth for the event, was leading the world number 79, Timea Babos, 6-1 3-0 when the Hungarian teenager retired hurt.

Watson, 20, will now meet Latvia's Anastasija Sevastova, who is ranked 143 places below her, in the next round.

Jo Durie and Sara Gomer were the last two British women to have been ranked in the top 50 at the same time, in 1987.

Watson broke into the top 50 for the first time in 2012 - and Robson achieved that feat in January. Britain's other women suffered contrasting fortunes in the latest rankings list.