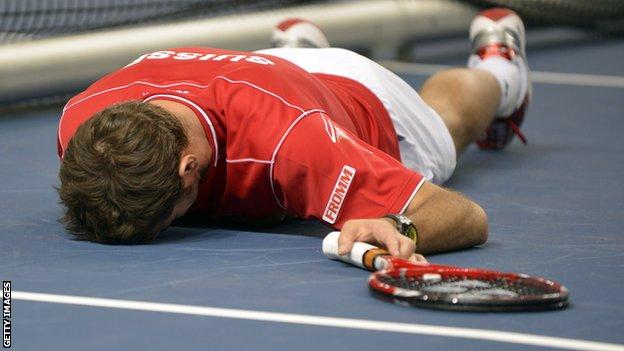 Defending champions the Czech Republic and Switzerland slogged it out to set a new record for the longest Davis Cup match in history.

Berdych said: "I have never played tennis that long."

He added: "I like it because I now have a new experience but we still need one more point, so let's go again Sunday."

The previous match record was six hours and 22 minutes.

Berdych and Rosol's doubles victory is now the second longest match ever behind American John Isner's 6-4 3-6 6-7 7-6 70-68 win against Frenchman Nicolas Mahut in the first round of Wimbledon in 2010.

That match was played over three days and the pair spent 11 hours and five minutes on court.