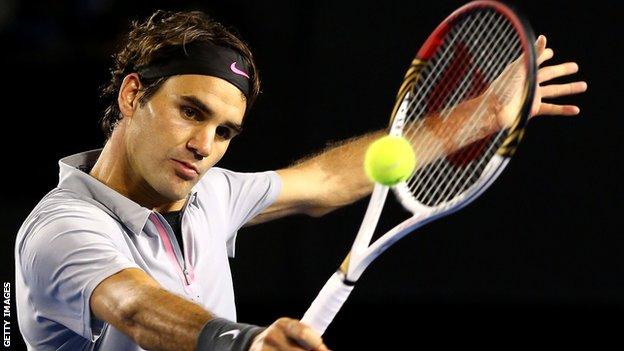 Roger Federer wants biological passports similar to those used in cycling to be introduced to detect doping in tennis.

The Wimbledon champion reiterated his recent claims that blood tests are less frequent than earlier in his career.

"A blood passport will be necessary as some substances can't be discovered right now," said the 31-year-old.

"But there also should be more blood tests and out of competition controls in tennis."

World number one Novak Djokovic recently complained that the number of tests he has undergone fell in 2012 from the previous year, while Andy Murray called for more money to be spent on testing procedures.

The International Tennis Federation carried out a total of 131 blood tests in and out competition in 2011 - the most recent year for which figures are available - alongside 2,019 urine tests.

"I didn't get tested on blood after the Australian Open and I told the responsible people over there that it was a big surprise for me," added Federer, who has won a record 17 Grand Slam titles.

"But there also will be more funding needed to make all the tests possible and the Grand Slam tournaments should help to finance that as it is in their best interest to keep the sport clean and credible."