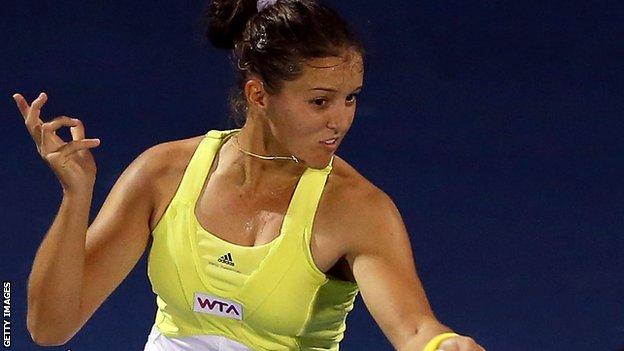 Laura Robson revealed she has been struggling with a chest infection after losing to Kazakhstan's Yulia Putintseva at the Dubai Duty Free Championships.

Robson, 19, fought back from 5-2 down in the final set but lost out in the deciding tie-break.

"[The chest infection] is something that I'm living with," Robson told The Independent. "It was on and off since the Olympics, now it's worse."

Britain's number two took a 2-0 lead in the first set, but after breaking back Putintseva took the lead in the match.

Robson appeared to have found something approaching her best form in the second set and battled hard in the third.

But Putintseva held on as Robson suffered her second early exit from a tournament within a week, having lost to Daniela Hantuchova in Qatar.