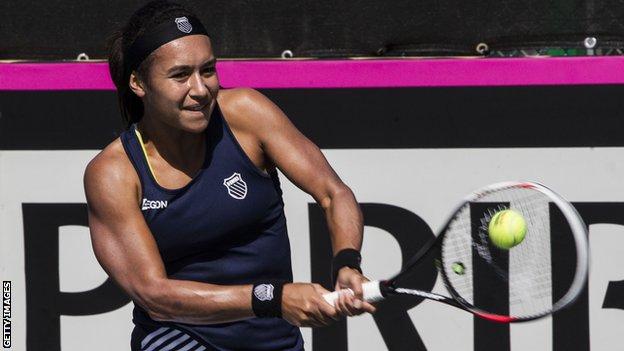 British number one Heather Watson has moved to a career-high 39th place in the world rankings.

The 20-year-old from Guernsey is up one spot after making the top 40 for the first time last month, while fellow Briton Laura Robson, 19, is still 43rd.

Briton's rankings at a glance

Watson recently made the last eight of the US Indoor Championship and got through to the last 16 in Pattaya City.

Serena Williams holds the number one ranking after regaining it last week.

The top 10 is unchanged, with the exception of Czech player Petra Kvitova, who moves up from eighth to seventh, swapping places with Italy's Sara Errani.