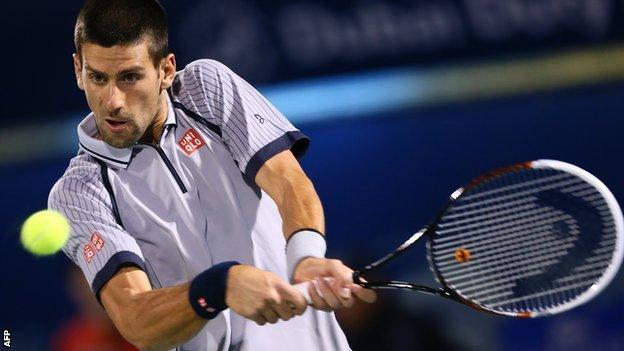 Novak Djokovic extended his unbeaten run to 14 matches with an easy 6-1 6-4 win over fellow Serb Viktor Troicki in the Dubai Championships first round.

Djokovic had his serve broken once in the second set but had few alarms in his first match since early February.

"I was extremely focused to start well and I did really well in the first set," said the world number one.

Fourth seed Del Potro was 4-1 down in the third set but levelled, then had to save three match points when Baghdatis retook the lead 5-4.

"Marcos also deserved to win but the luck was behind me and I played better in the big moments," said Del Potro afterwards.