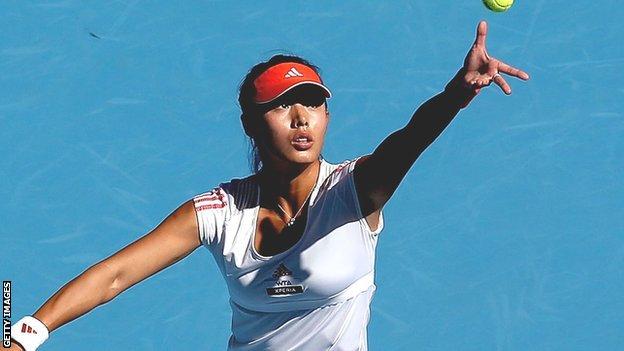 Former world number one Caroline Wozniacki suffered a shock defeat against China's Qiang Wang in the opening round of the Malaysian Open.

This is the best win of my career

The 22-year-old Dane had a match point in the second set before losing the set on a tie-break.

But qualifier Wang, 21, the world number 186, claimed the biggest win of her career to move into the next round.

"I tried my best but I just didn't have the energy. I didn't take my opportunities," said Wozniacki, who was feeling unwell and had to call for a medical time out at the end of the second set.

Wang, who had never beaten a top 10 player before, added: "I tried to make her run more to take advantage of her illness and it paid off.

"This is the best win of my career and it will give me more confidence."