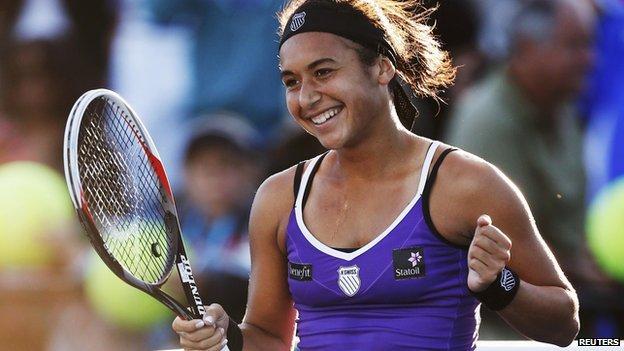 British number one Heather Watson has been booked to play in this year's Aegon Classic at Edgbaston Priory.

And former British number one Annabel Croft admits that she cannot wait to see the world number 38 from Guernsey in action.

"It's always been a very important event on the calendar," Croft told BBC WM. "To have Heather playing at Edgbaston is exciting.

"I'm such a fan of the way she plays her tennis and what she's achieved."

Croft added: "She's such a charming, bubbly personality and she was the first British lady to win a tour title for many years.

"And she has a very healthy rivalry with Laura Robson.

"They've really pushed each other in the world rankings. She's 38 and Laura's not far behind at 42."

Birmingham's leading tennis tournament, the annual Wimbledon warm-up event which has in the past been won by Billie-Jean King, Martina Navratilova and Maria Sharapova, can expect to attract even more of the sport's leading stars next year after an increase in prize money for 2014.

If, as expected, Watson is seeded for the event (9-16 June), she will be the first British seed at Edgbaston in over 20 years.