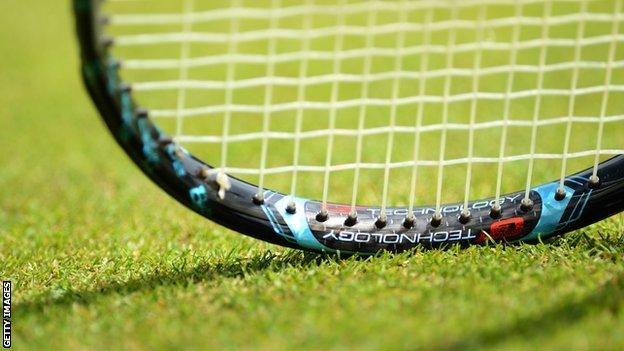 Tennis will implement an Athlete Biological Passport programme to support the fight against drug cheats.

The programme will collect and compare biological data and spot discrepancies over time that suggest possible doping.

"We feel that this is the most effective way to show the world that tennis is a clean sport," said Brad Drewett, executive chairman and president of the ATP.

An Athlete Biological Passport is an electronic document about the athlete that contains certain biomarkers from through his career. If these markers change dramatically it alerts officials that the athlete might be doping.

As with the current drug testing rules, the biological passports will not be compulsory but any athlete who refuses to take part in testing could face punishment.

The programme will see more blood tests conducted, particularly out of competition.

"The implementation of the Athlete Biological Passport is an important step in the evolution of the Tennis Anti-Doping Programme as it provides us with a great tool in the fight against doping in our sport," said ITF President Francesco Ricci Bitti.

"We also hope to have increased support from the National Anti-Doping Agencies around the world who need to do their part if we are to win this battle and make our programme more effective.

Cycling's governing body, the UCI, introduced biological passports in 2008 to track any blood changes in riders against an original profile.

The UCI carried out 3,314 out-of-competition blood tests in 2011, while tennis's governing body carried out 21.

Questions have been raised by some of the sport's top players in recent months about the drug-testing programme.

World number one Novak Djokovic recently described how the number of blood tests he undergoes has declined.

He said: "I wasn't tested with blood for last six, seven months. It was more regularly in last two, three years ago. I don't know the reason why they stopped it."

Roger Federer and Andy Murray also called for more testing, with the Swiss claiming he was being tested less than before.

"I feel I'm being less tested now than [I was] six, seven, eight years ago," said Federer.

"I don't know the reasons [why] we are being tested less and I agree with Andy, we don't do a lot of blood testing during the year. I'm OK having more of that."