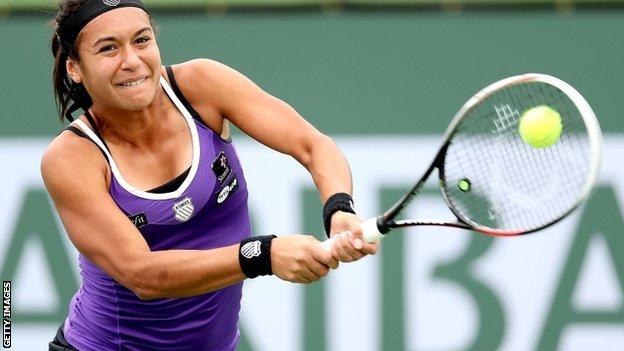 British number two Heather Watson has been ruled out of Great Britain's Fed Cup tie in Argentina next week as she recovers from glandular fever.

Great Britain and Argentina will play off for promotion to World Group II.

"I am very disappointed not to being able to play Fed Cup," said Watson. "It's a big miss for me and I will not only be missing the tennis but the team spirit and all the fun we have when we are together.

"I know the girls can win it and my thoughts will be with them."

Murray added: "Of course we will miss having Heather with us in Buenos Aires but we are fortunate to have strength in depth and a great mix of youth and experience in our squad.

"This is a fantastic opportunity for GB to grab a place in World Group II and we will be doing everything we can to make that happen."

The tie will take place on clay at the Parque Roca, with Paula Ormaechea Argentina's highest-ranked player at 145 in the world, ahead of Maria Irigoyen (203) and Florencia Molinero (239).

Robson became the British number one on Monday at 39 in the rankings, ahead of Watson at 41.

Britain came through a qualifying tournament in February to reach the World Group II play-off for the second year running, having lost 4-1 to Sweden last year.