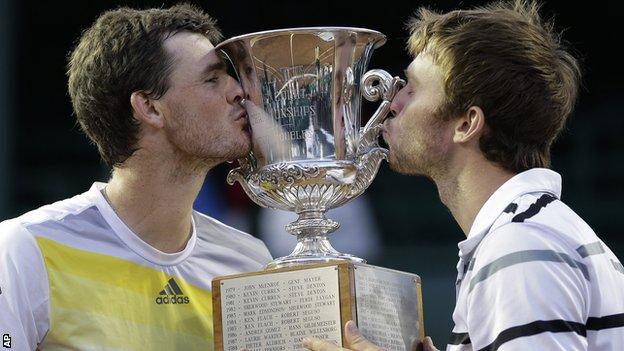 "Any time you beat the Bryans you're going to be happy," said Murray.

"It's tough to go out against them in a final, particularly for them playing in the States as the crowd was right behind them.

"We did well to come back, we showed good character. Slowly but surely we started to play good tennis."

It was Murray and Australian Peers' sixth tournament as a pairing, and their best result since their semi-final run at the Open Sud de France in Montpellier back in February.

Murray's last tournament wins came back in 2011 when he won titles in Tokyo and Metz with brother Andy and Andre Sa respectively, while this Houston success was also his first tournament win on clay.