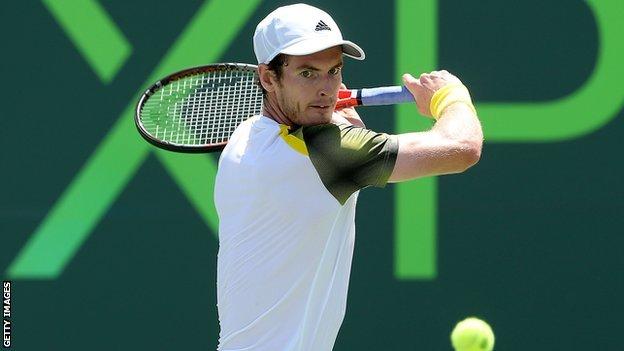 Take a walk through Monaco (it only takes about an hour) and you will probably see more fast cars, super yachts and haute couture than you have ever seen before.

You will also see more police officers than anywhere else because of the concentration of rich and high-profile residents in the tiny principality.

All very grand and ostentatious, but, for one week of the year, Monaco comes right back down to earth. Or, clay, to be precise.

Andy Murray is here hoping to better his previous form on the 'terre battue', which is the only surface on which he is yet to play a final.

But the world number two is feeling in finer fettle than ever coming onto the red dirt.

"It always takes me a bit of time to adjust to the clay, coming from the hard courts," Murray told BBC Scotland.

"But I feel a little bit better coming into the clay court this year than I did last year.

"You know, I played better after the Australian Open; better in Indian Wells and Miami. And I've played more matches."

After early-round defeats in 2012 at both those tournaments, this year Murray made the quarter-finals in California then won the title in Florida.

"After Miami I stayed over in America and practised on clay for four or five days - which I hadn't really done in the past - and then I came directly here.

"So I've spent a bit more time on clay than I usually have done coming to Monte Carlo."

Murray's coach Ivan Lendl knows how to be successful on the 'terre battue', winning the French Open three times during his playing career.

And Murray says the eight-time Grand Slam champion is passing on his experience.

"Regardless of how someone was on the surface they need to understand your game," explained Murray.

"That's what he's been good with on all the surfaces, because we have very different games.

"He's given me some good advice, we've had some good practice sessions and we've worked on the things I've needed to.

"Hopefully by the end of the clay court season it'll pay off."

Murray must also equal his semi-final run of last year here in order to maintain the world number two ranking he claimed from Roger Federer two weeks ago.

However, awkward obstacles potentially litter the route to that last four spot, including Robin Haase in round two, followed by seeded players Stan Wawrinka and Jo-Wilfried Tsonga. 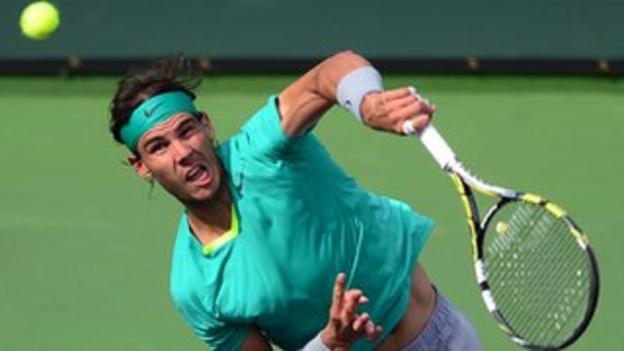 If the Scot gets through that then it is likely he would meet Rafa Nadal, who recently made an impressive comeback after months out injured, winning in Indian Wells.

As the world's best on clay, and the man who has won this event for the past eight years, the Spaniard would be the ultimate test on this surface.

But even the surface itself is feeling more natural to Murray.

"Rafa's always going to be tough on this court. I think it suits him pretty well," said Murray.

"But the court conditions are actually fairly quick compared with [the clay courts] we were playing in Miami.

"The balls are also much faster here, so hopefully that'll help."