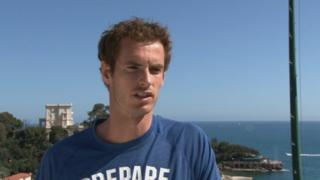 Murray on his clay-court 'struggle'

British number one Andy Murray admits he finds the start of the clay season a "struggle" ahead of this week's Monte Carlo Masters.

Clay is the only surface on which Murray is yet to play a Grand Slam final and the world number two accepts that expectations for him to do well are high.

The Scot, who reached his first Wimbledon final and won the US Open last year, faces Edouard Roger-Vasselin in his first match on Wednesday.