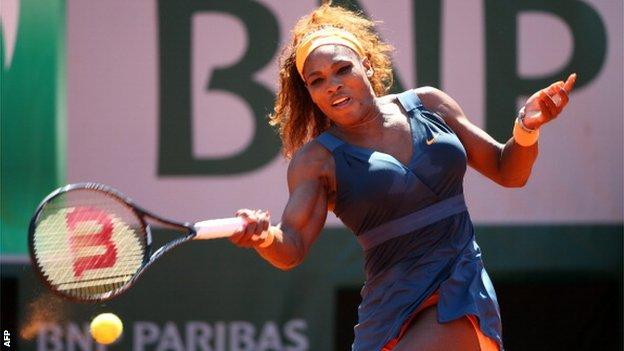 The 2002 Roland Garros winner took the first set with ease before being pushed all the way by the unseeded Russian en route to a hard-fought 6-1 3-6 6-3 win.

David Ferrer will face Jo-Wilfried Tsonga in the last four following his 6-2 6-1 6-1 success over Tommy Robredo. 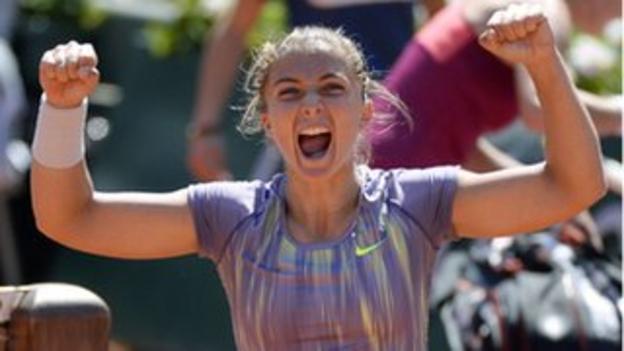 Errani continued her fine form at Roland Garros after emerging the victor from a scrappy match where the second set alone featured eight breaks of serve.

It was the 26-year-old's 81st match this year - almost double that of anyone else in the top 10 - and her first ever win over a top-five player.

"There was a lot of pressure because I have a lot of (ranking) points to defend, so that's a new experience for me," admitted Errani, who was a finalist in Paris last year.

Tsonga became the first Frenchman to reach a Roland Garros semi-final since Gael Monfils in 2008 as he helped wipe out the misery of his quarter-final in Paris last year where he had four match points over Novak Djokovic and lost in five sets.

It denied the Swiss both a 34th Grand Slam semi-final appearance and record 58th career win on the Paris clay.

"It was a bad day, it's a crushing disappointment," said Federer. "But I will forget about it quickly, I usually do. Give a lot of credit to Jo, he turns defence into attack very quickly and has got a big game.

"He can take time away from you and has a lot of confidence. That's a big part of his game."

Williams was forced to dig deep after coming from behind in the third set to reach the last four at Roland Garros for the first time since 2003.

She had looked on course for a swift and straightforward victory after dropping just a solitary game in the opening set, yet Kuznetsova, the 2009 champion, rallied thereafter and, after levelling the contest, raced into a 2-0 lead in the decider.

However, the American, beaten the last four times she had reached the Paris quarter-finals, found an extra gear and reeled off five consecutive games before eventually sealing the win with a forehand winner.

"It was very difficult and I am very tired," said Williams, who is the first American woman since Jennifer Capriati in 2004 to reach the last four. 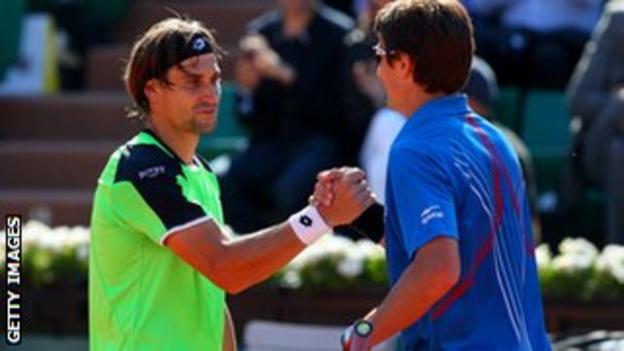 "Svetlana played very well. She has won this tournament before so I am happy to get through such a tough match. Against Sara, it will be another tough match, she's a great fighter."

Ferrer reached the semi-finals for the second successive year as he made light work of compatriot Robredo in one hour and 25 minutes.

The 31-year-old continued a fine run of form which has seen him reach the last four without dropping a set.

Robredo had, by contrast, spent five hours more on court - including three consecutive five-set matches from which he had fought back from two sets to love down - and it told as he missed out on a first appearance in a Grand Slam semi-final with a weary display.

Katy Dunne lost out 5-7 7-5 6-3 to Spaniard Sara Sorribes Tormo in the second round of the girls' singles in a marathon match lasting two hours and 44 minutes.

The 18-year-old from Hemel Hempstead, seeded seventh, saved two set points at 5-3 down in the first set before winning four games in a row to take it, only for her opponent to fight back.

Dunne returned to the court with compatriot Katie Boulter for the first round of the girls' doubles and suffered an agonising 6-2 2-6 (10-6) defeat to Iryna Shymanovich and Alina Silich.

There was good news for one Briton, Kyle Edmund, as he and Portuguese partner Frederico Ferreira Silva progressed to the second round of the boys' doubles after a 4-6 6-4 (13-11) win over Hyeon Chung and Duck Hee Lee.

But Luke Bambridge and Cameron Norrie exited at that stage after falling to a 7-6 (7-4) 6-3 loss at the hands of Chilean pair of Christian Garin and Nicolas Jarry.

"I'm very happy to have won, because the whole night I was afraid of my quarter-final match,'' Serena Williams suggests she knew just how tough a match awaited her following her hard-fought success over Svetlana Kuznetsova.

Roger Federer pays tribute to his opponent after a straight-sets loss. "I had a good preparation and I have been playing good tennis here, so give some credit to the old Jo-Willy Tsonga, please."

You can listen to live commentary of the 10th day of French Open action on BBC Radio 5 live sports extra.