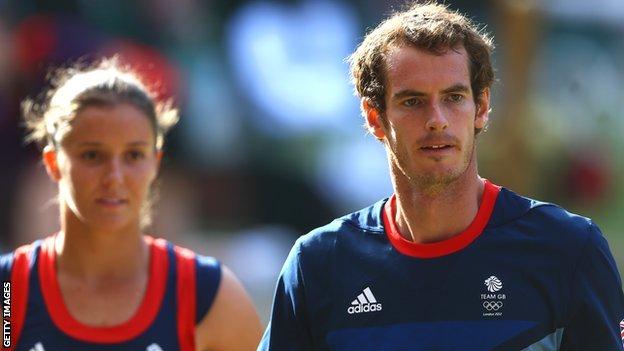 Sport England has warned the Lawn Tennis Association it faces a critical summer that will dictate whether or not it is stripped of valuable funding.

"They've got a big summer ahead," Sport England director Phil Smith told BBC Sport. "The track record of participation in tennis has been pretty poor. The crunch time is December."

The state of tennis

"We need to start again, no matter how long it takes. Spending money on players at the top has not worked. The important thing is to create a base from the bottom up."

Sport England, the government body that distributes taxpayer money to sports, will discuss the situation with the LTA on Tuesday.

Smith says he has been "encouraged" with the changes already implemented by the LTA, which has a turnover of £60.2m, but insists participation remains a key concern.

In response, the LTA insisted it is "fully focused" on using the summer to inspire more people to play the game, with Wimbledon, one of the key drivers of participation in Britain, due to get under way in less than a week's time.

"Over the next few months, we are delivering a series of promotional events around the country to encourage people to play tennis," said the Simon Long, the LTA's chief commercial officer.

"At the centre of this activity is a marketing campaign which focuses on personal experiences by imagining what tennis means to different people.

"We are also working with a range of partners from the commercial sector, public sector and through our club network to deliver the right offers to people interested in playing tennis to encourage them to get involved in our sport."

The LTA was still given £3.75m for talent development, but only received a one-year award of £3.35m for participation.

The remaining £10.3m has been withheld while Sport England decides whether the LTA is doing its job well enough.

"We invest in the talent system of tennis through the LTA and we find that largely to be going really well," Smith said.

"Participation is where we have more concern. The track record of participation in tennis was pretty poor in the last four-year cycle.

"The LTA presented a plan to us in December that we didn't feel was appropriate to fix the problem. It was weak in a number of areas." 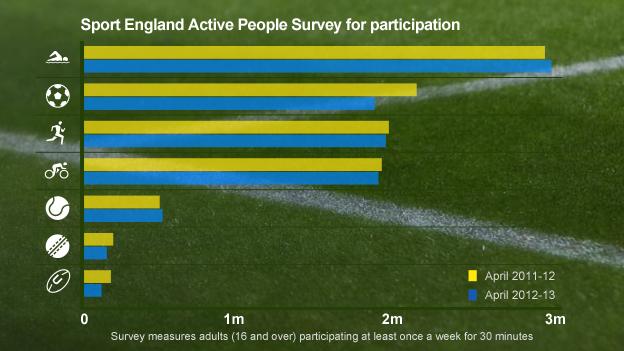 The LTA is contracted to raise the figure to 450,000 by December, while also achieving three other key milestones:

Smith: "That wasn't very evident in their original plan last year. I know they're working very hard at fixing that now."

Smith: "Whether in parks, clubs etc the LTA must know whether what its doing is having the desired effect before it's too late."

Tuesday's meeting will provide Sport England with its first opportunity to assess the LTA's progress in depth.

"They've got to prove themselves this summer and our attention is firmly fixed on the results we'll get in December," said Smith.

"We've put in place some pretty tough conditions, but there's not going to be any knee-jerk reaction on Tuesday because we've deliberately given them a year to review the situation. You can't fix these things over night and we'll stick with that original plan."

Long is confident the LTA is on the right track.

"Our goal is to get more people playing tennis, more often," he said.

"It is encouraging to see that tennis participation is up year on year from the latest Active People Survey Results out this week.

"However, we are not complacent and know much more needs to be done and have been working very closely with Sport England to develop our plans around participation to achieve this goal.

"Sport England has stated that they will make a decision on future funding in December, so that will be a significant milestone for us."

The LTA's task is complicated by the of chief executive Roger Draper, with a successor yet to be appointed. But the LTA's new independent chairman, David Gregson, has made a strong impression since joining the governing body in January.

"The mission they've recently created and the level of engagement from David Gregson and the board is very impressive," said Smith.

"It is certainly more impressive than I've ever seen before in tennis. What I've seen since December has been a dedicated and concerted effort to fix the problem."

"They're not the only sport in this position," Smith added. "Growing participation in sport is not as simple as money in, people out.

"I don't dismiss the LTA's efforts as missing an open goal, but what they've done hasn't worked thus far, which is why we're building a new plan. If they can't, I'll find somebody who will."

Former British number one Tim Henman agrees with Smith that the LTA has so far failed to deliver when it comes to developing the game at grassroots level.

Despite the success of Andy Murray, the rise of Laura Robson and Heather Watson, plus various doubles and junior triumphs, Britain has only one man and two women ranked in the world's top 100.

"If you look at Spain and France, their base of the pyramid is vast compared to the British system," Henman told the Mail on Sunday. "They have so many kids playing,

"You need massive investment at the bottom and strong leadership from the top. I left the junior game in 1992 and if you think about the hundreds of millions invested since then, it's frightening."

Should the LTA satisfy Sport England's requests, the ring-fenced £10.3m will arrive.

"We've used what we've learned from other sports about how to grow participation and we're trying to help the LTA learn how that might be done," said Smith. "We're hopeful they can get there.

"The alternative - and one that is not our preferred solution - is we find a different way of investing in tennis.

"Our priority is to look after, nurture, develop and grow the number of people playing the sport. If we think we can't do that through the national governing body, we will find another way of doing it."