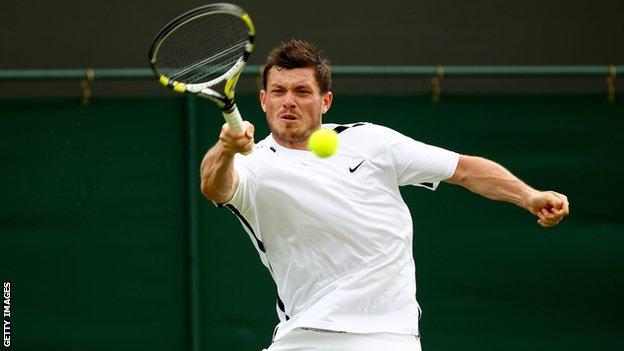 The 27-year-old from Basingstoke has endured a tough season, slipping to 312 in the world rankings and failing to qualify for this year's Wimbledon.

"This year was always going to be a big year for me and I knew around this time I'd have to make some decisions," Goodall told BBC Radio Berkshire.

"I've had to come to a decision about which direction to go in and sadly it looks like it's coming to an end."

News of Goodall's intentions come less than a week after fellow Briton Jamie Baker announced his retirement from the game.

"The thing with tennis is that the bulk of the prizemoney goes to the top 100 and my best ranking is 184," Goodall added.

"It makes it very difficult for players - it's almost impossible. In my opinion things need to change.

"The level I've been playing at isn't paying enough and to make it to the top you need to be earning a lot more."

Despite intending to end his playing career, Goodall wants to remain involved in tennis on the coaching side.

"I have a couple of tournaments coming up which I intend to play in as I need some money coming in, but I'm at an area now where I want to get my coaching licences and badges," he explained.

"I love tennis too much to not be involved and I see myself as being a pretty good coach - the Jose Mourinho of tennis coaching maybe.

"It's an amazing lifestyle I can't deny that, but it's very stressful and I have to thank my parents for their incredible support."