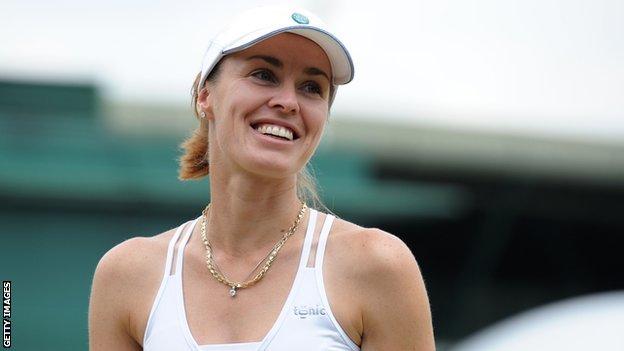 Former world number one Martina Hingis will come out of retirement to play her first match on the WTA Tour since 2007.

The 32-year-old has accepted a wildcard to play doubles with Slovakian Daniela Hantuchova at the Southern California Open in Carlsbad later this month.

Hingis, who won five Grand Slam singles titles including Wimbledon in 1997 at the age of 16, was inducted into the Tennis Hall of Fame on Saturday.

"My competitive spirit is still very much alive," the Swiss said.

"I feel in good shape at the moment after playing World Team Tennis. I love being out on court.

As well as winning Wimbledon in 1997, Hingis also won the US Open and the first of three successive Australian Open titles that year.

She quit the game for a second time in November 2007, revealing she had tested positive for cocaine at that year's Wimbledon.

Hingis, who has won 43 WTA singles titles, said she had "never taken drugs", but did not appeal against the two-year ban she was given.