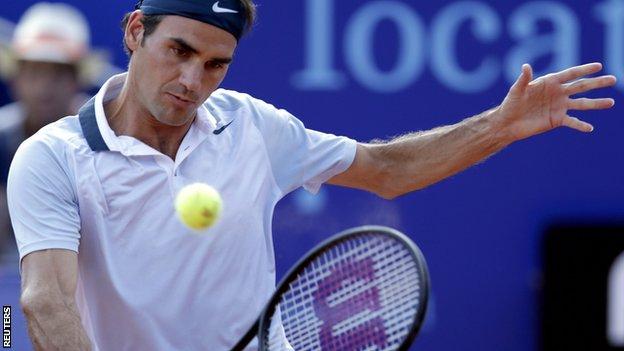 Roger Federer's poor run of form continued as he lost to world number 55 Daniel Brands at the Swiss Open.

The top seed was beaten 6-3 6-4 in just over an hour in the second round by the big-hitting German in Gstaad.

Federer, 31, who lost in the second round at Wimbledon, has been trying out a larger, more powerful racquet frame.

But last week he lost to Argentine qualifier Federico Delbonis, the world number 114, in the semi-finals of the German Tennis Championships in Hamburg.

Brands, 26, hit 11 aces past Federer as he secured a place in the quarter-finals against Romania's Victor Hanescu.

Switzerland's Federer has now lost to players outside the top 50 in the rankings at his last three tournaments, including his Wimbledon exit, when he was beaten by Ukraine's Sergiy Stakhovsky, who was 116th in the world.