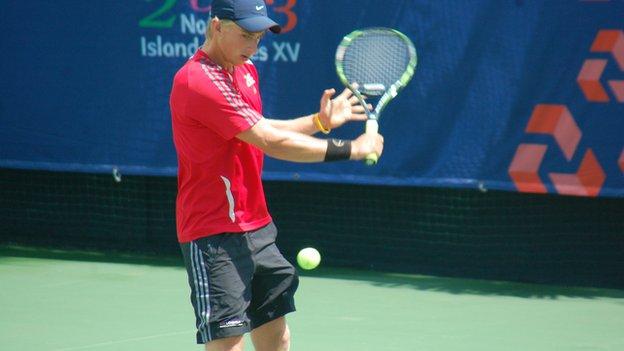 Number one seed Connelly only lost five games in the singles all week, and won the final 6-1, 6-2 at the Caesarean Tennis Club.

It comes hot on the heels of his singles bronze, and

"I got off to a good start and broke him in the first game and I just tried to keep the pressure on."

He later added to his Jersey Open success by claiming the men's doubles title, again at Weaver's expense.