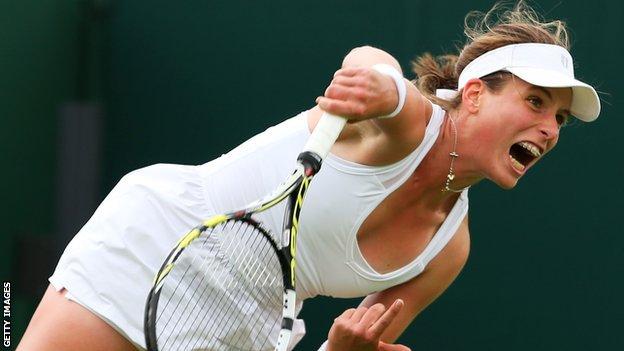 The 6-2 6-4 win against the third seed was 22-year-old Konta's second title in a week on the second-tier Pro Circuit after her triumph in Winnipeg.

Gutted for Evo nearly got it, had his chances but great week onwards and upwards...

The pair will earn career-high rankings with Konta up to 115th in the world and Evans potentially entering the top 200.

Despite failing to emulate compatriot James Ward, who won the Vancouver Open two years ago, Evans could become British number two for the first time in his career.

Both Konta and Evans had to play their quarter-finals and semi-finals back-to-back on Saturday because of rain delays.

However, after defeating Marina Zanevska of Ukraine 6-1 6-3 and Japan's Kurumi Nama 7-6 6-0 to reach the final, Konta showed no signs of fatigue against Fichman.

She secured an early break in the first set and remained in charge in the second set to earn the biggest victory of her career.