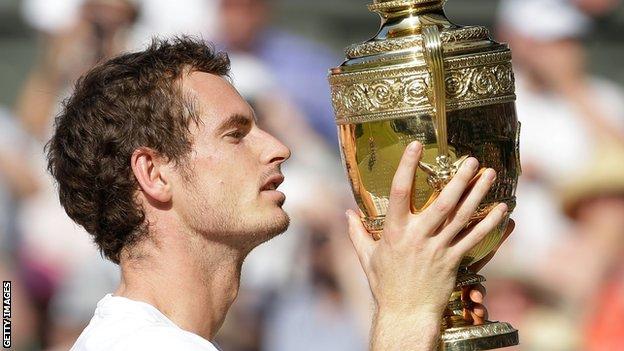 Andy Murray returns to action for the first time since winning Wimbledon when he plays in the Rogers Cup in Canada this week.

Murray plays Spain's Marcel Granollers in the second round after receiving a first-round bye.

It is the Briton's return to the North American hard-court circuit ahead of his US Open title defence.

"I'll work as hard as I can to give myself an opportunity at the US Open and see how I do there," he said.

Granollers beat Bulgaria's Grigor Dimitrov 6-4 6-4 in the first round of the Masters 1000 event on Tuesday, with Murray likely to play the winner in Montreal on Wednesday.

It will be the 26-year-old's first appearance since winning the Wimbledon title last month when he became Britain's first men's champion in 77 years with a straight-sets victory against world number one Novak Djokovic.

But the world number two insists he is more intent on winning another Slam than displacing Djokovic at the top of the singles rankings.

He won his first major with victory over the Serb at last year's US Open and returns to New York to defend his crown when the tournament starts on 26 August.

Second seed Murray, 26, has been separated from Djokovic and Rafael Nadal in the Rogers Cup draw, but could face sixth seed Juan Martin Del Potro in the quarter-finals.

The in-form Argentine won the Citi Open on Sunday by beating American John Isner in the final in Washington.

Murray has an impressive record in Canada, having won the event in both 2009 and 2010. Djokovic has triumphed for the last two years.

Meanwhile, world number three Victoria Azarenka has withdrawn from the women's event, which is being held in Toronto, with a back injury.

Azarenka decided to pull out after she was beaten 6-2 6-3 by Sam Stosur in Sunday's Southern California Open final.