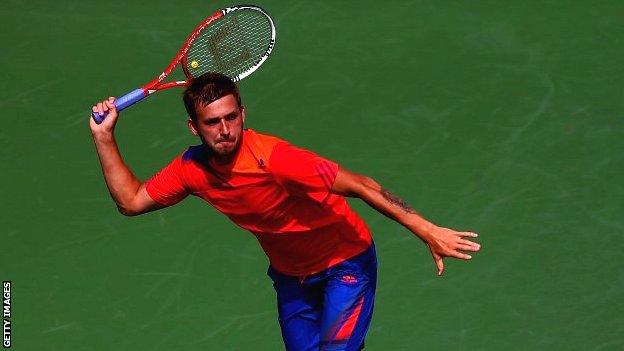 British number two Dan Evans has been rewarded for his run to the third round of the US Open by breaking into the world's top 150 for the first time.

The 23-year-old from Solihull, who had never previously won a match in a Grand Slam tournament's main draw, has moved up to 149th in the ATP world rankings.

His involvement at Flushing Meadows ended when he lost to Spanish 19th seed Tommy Robredo in four sets.

Evans's next challenge will be on clay in Croatia later this week when he plays for Great Britain in the Davis Cup, with the winners qualifying for the elite World Group.

Britain have not been part of the World Group since 2008.