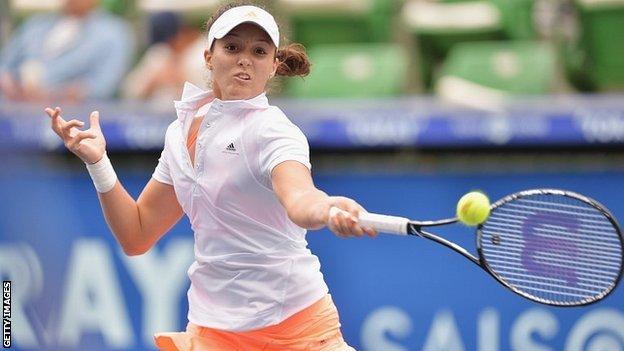 British number one Laura Robson beat Klara Zakopalova of the Czech Republic to reach round two of the China Open.

The 19-year-old Robson is ranked 38th in the world and is still seeking her first WTA title, while Kerber, 25, a two-time winner, is ranked ninth.

Robson assumed the British number one status in China 12 months ago after reaching the second round where she was beaten by Lourdes Dominguez Lino, the player she put out in the first round of last month's US Open.