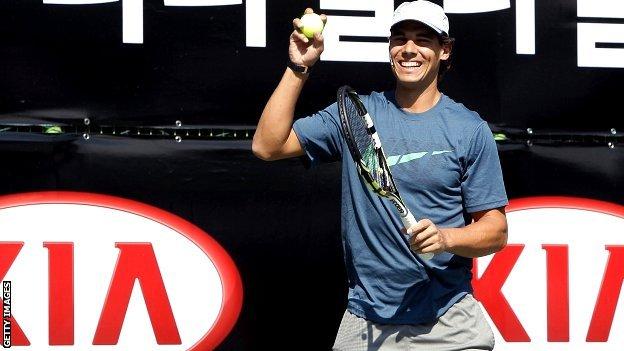 Rafael Nadal will usurp Novak Djokovic as world number one if the Serb fails to win this week's China Open.

Spaniard Nadal, 27, will also take over the top spot he last held in July 2011 if he reaches the final in Beijing, regardless of Djokovic's performance.

He beat the 26-year-old Djokovic in this month's US Open final.

"It will be very tough to become number one," said Nadal. "If I'm still playing the same way I did the last couple of months, I hope to have my chance here."

Djokovic won the Australian Open in January before losing to eventual winner Nadal in the semi-finals of the French Open.

He was then beaten by Andy Murray in the Wimbledon final prior the US Open.

The Serb admits Nadal has been more consistent this year but says he will not give up his number one ranking easily.

"As long as there is a chance, I will fight for that top spot," said Djokovic. "He has the best results this year - he's been the best player in the world.

"I have been having ups and downs throughout this year. It was a quite good season for me, but it's not over."

Djokovic is unbeaten during three the three times he has competed in the China Open, having won the tournament in 2009, 2010 and 2012.

He added: "This is where I traditionally play well and I would like to have another successful week."