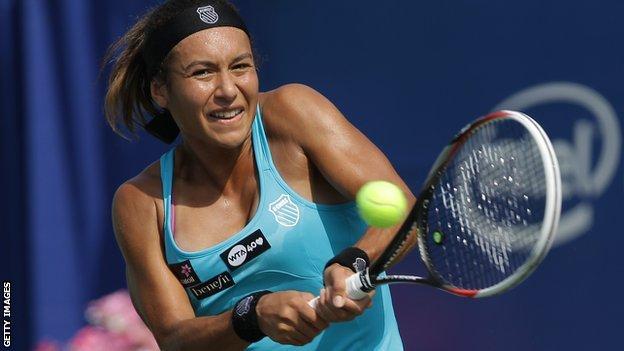 The 21-year-old's serve was under constant pressure and she was broken five times during the match.

Watson overcame the Puig serve three times and was 3-1 up in the second set but ended up losing in 93 minutes.

The victory for Watson at the Japan Open last year was her maiden title win and she moved up to number 39 in the rankings early in 2013.

But a bout of glandular fever halted her progress and she suffered first-round exits at the French Open, Wimbledon and US Open on her return.

She has also changed her coach but it has so far failed to produce an upturn in fortunes.

British number one Laura Robson reached the quarter-finals in Osaka last year, and the 19-year-old will take on Japanese 43-year-old Kimiko Date-Krumm in her opening match on Tuesday.