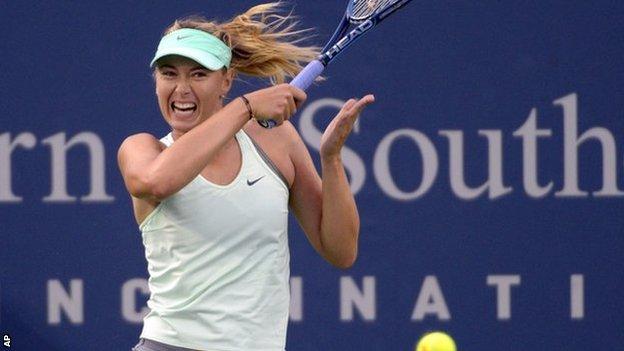 World number three Maria Sharapova has withdrawn from the end-of-season WTA Championships in the Turkish city of Istanbul later this month.

She has pulled out because of the right shoulder injury which saw her miss the US Open in August and September.

"I am very disappointed that I will not be able to play," said Sharapova.

The 26-year-old Russian has not played since losing to Sloane Stephens in the second round of the Western and Southern Open in Cincinnati in August.

"On the bright side, my shoulder has really improved in the last week, and I can finally begin my strength rehab, before getting back on the court again," she wrote on her Facebook page.

"I will start my off-season preparations early and use my exhibition matches in the month of December in Bogota, Mexico City and Thailand to get some matches going."

They will join Serena Williams, Victoria Azarenka, Agnieszka Radwanska and Li Na - who had all already booked their places - at the eight-woman event, which begins on 22 October.

There is one spot remaining, with German Angelique Kerber favourite to claim it.