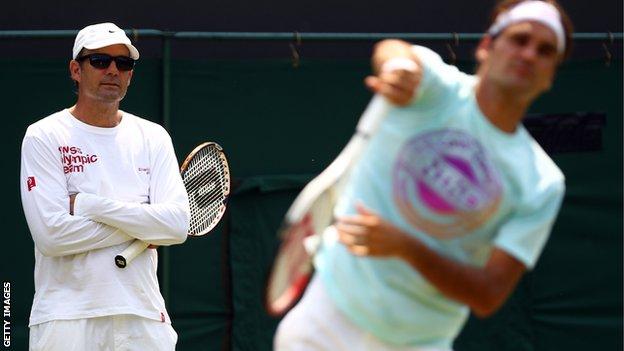 The pair teamed up in July 2010 and since then Federer has won 13 titles, including Wimbledon in 2012.

However, the 32-year-old Swiss slipped to seventh in the world this week, his lowest ranking since October 2002.

"After numerous conversations, we felt like this was the best time and path for both of us," said Federer.

Federer added that when they started working together they aimed to win another Grand Slam and regain the world number one slot, both of which have been achieved.

The Swiss spent three months at the top of the rankings from July 2012 in the wake of his win at the All England Club.

Severin Luthi, who shared coaching duties with Annacone, attended the Shanghai Masters with Federer, where he was beaten in the third round by Gael Monfils on Thursday.