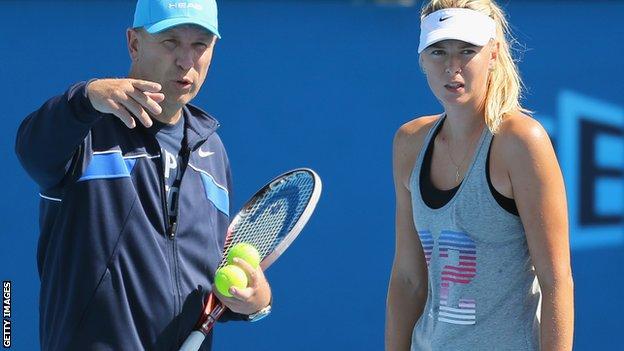 The Russian completed a career Grand Slam under the Swede's guidance, adding crown to her US Open, Wimbledon and Australian titles.

Sharapova, 26, also regained her world number one status with Hogstedt before they split after this year's Wimbledon.

After a run to the last 16 at Wimbledon and the third round of the US Open, Robson has endured a difficult end to the season, collecting only three wins in four events since Flushing Meadows.

Hogstedt has taken an interest in Robson's career for a while, and is said to have a good relationship with her influential mother Kathy.

Nigel Sears - the former head coach of women's tennis at the LTA - is another attracted by the challenge.