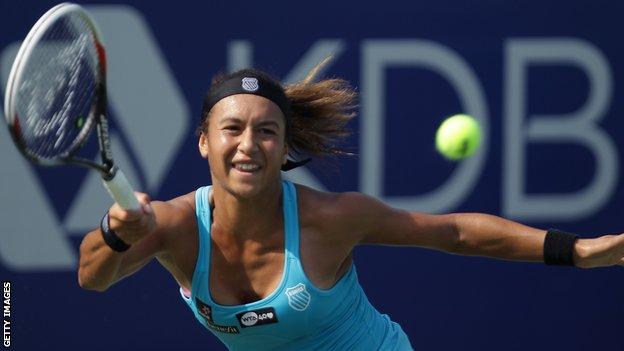 Heather Watson has claimed back-to-back wins for the first time since February to reach the quarter-finals of the ITF tournament in Poitiers.

Watson is trying to recover form after being sidelined by glandular fever.

She has dropped down from the WTA Tour to the second-tier ITF circuit in a bid to end a difficult year on a high.

When Watson made the last eight at the US Indoor Championship in Memphis in February, it took her to a career-high ranking of 39.

But after struggling with illness and form, her ranking plummeted to 133.

Johanna Konta, who has overtaken Watson to become the British number two, lost 7-5 0-6 7-6 to Austria's Tamira Paszek in the first round.