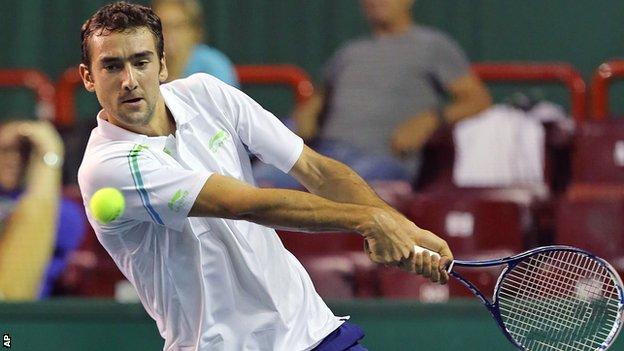 Marin Cilic admitted he enjoyed every moment of being back on the court as he played his first match back since serving a four-month drugs ban.

"I felt like a kid playing tennis for the first time," said the Croat, who will now play fourth seed Juan Martin Del Potro in the second round.

He added: "The feeling was amazing, just to be back on the court, to be competing; I enjoyed every moment.

"I'm extremely satisfied as I haven't played any match since Wimbledon, so it's great to win again."

Cilic, who has dropped to 41st in the world rankings, admitted it had been a difficult period since he tested positive for the prohibited glucose supplement at the Munich Open.

"I would definitely say it was the worst time of my life to experience this as a player," he said.

"To be in that kind of situation, where I found out about the positive test and the media started to write, it was an extremely difficult situation. People were calling me a doping player and a cheater.

"I knew I didn't cheat and the most important thing was I hadn't taken anybody's prize money and I hadn't beaten anybody in that tournament."